When, at the beginning of this millennium, the accounting firm GRINEX started to grow, it had a clear goal in mind – to supply its clients with modern services which are also built on smart IT solutions. For this, however, it needed to improve its own IT facilities.

For an accounting firm of (at the time) 10 people, it didn’t make sense to have its own IT department. So they sought out specialists who would look after their IT infrastructure, as well as prepare the company for the increasingly popular remote access for working from home, for example. And all this with the requirement that client data security be preserved.

First they got rid of their own servers

Grinex originally stored all data on its own servers. During every server outage, they had to wait for a service team to arrive, until which time it was difficult to work. The solution was to abandon its own servers, and relocate the data to a reliable remote repository which the employees themselves do not have to take care of at all.

Around the year 2005, GRINEX received a recommendation for System4u, which was focusing on one of the first cloud solutions in the Czech Republic. System4u first built Grinex a terminal server, on which clients shared their data with internal and external workers.

Gradually, they eliminated local servers completely. They then concentrated the data in a data centre, also provided by System4u. Employees at Grinex accessed their data easily, both via a remote desktop and directly from their computers using a VPN.

However, because new technologies are constantly developing, System4u soon began to work on innovations, and established a modern cloud repository at Grinex.

Into one file from anywhere

System4u’s service portfolio is so broad that it doesn’t have to focus on just one solution; instead, it offers the client an ideal choice. And, for Grinex, this turned out to be the cloud system under Office 365.

After switching to this cloud, Grinex began to use SharePoint for sharing data with clients, while System 4u arranged an MS Exchange Online client for them for e-mail communication. In addition, they utilise reporting PowerBI and automation in the background via PowerApps. At the same time, System4u also helped Grinex with the integration of all mobile devices (telephones, tablets, notebooks) into their IT infrastructure.

This process perfectly illustrates what can be achieved for a favourable price today. Grinex employees use a single sign-on to log in to the Microsoft cloud, the terminal server in the System4u data centre, and other services such as VPN. They also use the same system for logging in to other applications which System4u integrates via AzureAD.

Employees can edit one file from a work computer, from a computer in their home office, and maybe even from a mobile while on the train.

Data security is a priority

Grinex works from several offices in the Czech Republic, and its clients include major international companies. Remote access from computers and mobiles therefore requires a high level of security. To protect data and secure access, System4u installed reliable antivirus from ESET on all devices.

In addition, the IT firm began a transition from Microsoft Intune to a system for the bulk management of mobile devices, Microsoft Enterprise Mobility + Security (Microsoft 365 Enterprise), which can only be accessed from authorised and trustworthy devices.

System4u are experts in corporate mobile device management, and know how to set them up reliably. Thanks to Microsoft 365 Enterprise, the company does not have to worry about losing sensitive data, for example when an employee loses a mobile or a computer. If necessary, the system administrator can block the device remotely, or delete the corporate data from it completely.

There’s nothing unexpected on the invoices

Grinex has been collaborating with System4u, which is constantly looking after innovations with regard to market innovations and the company’s growth, for 15 years. At the same time, System4u manages program updates and the number of licences automatically. This includes the development of CRM software, thanks to which the accountants always work with up-to-date client data, which they have in one place.

Thanks to the complete support package, the accountants are working on modern systems, and don’t have to be aware of the IT processes at all. What’s more, they can call System4u any time. In the 24/7 customer support, it’s not a robot that’s waiting for them, but a technician who will resolve the situation immediately.

System4u currently provides IT support for 30 internal and 20 external Grinex employees, of whom each works on two to three devices, and also provides support for the company’s software which is installed on servers and stations.

Grinex then just pays System4u’s monthly invoice, which is transparent and fixed. Grinex’s only other IT bills are for the purchase of endpoints such as computers, telephones etc., with which System4u obviously helps them. 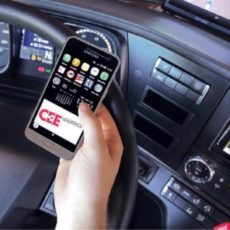 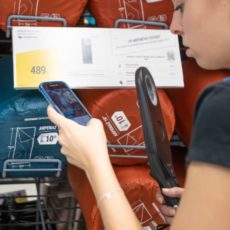 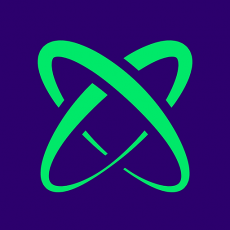